If Kevin McCloud were to do a South African version of Grand Designs I have no doubt that he might have waxed lyrical over this incredible property that I recently got to photograph for the New York Times’ International House Hunters magazine. It’s the very kind of orthogonal house design that he (and I) delight in.

From the outside there is nothing to suggest that anything remarkable is contained within this mostly single level, U-shaped home found in the Hawaan Forest Eco Estate in Umhlanga Rocks, but once I was inside it became very clear that everything here had been carefully thought out around open plan living. While I was standing in the kitchen the owner remarked to me that they can use the long expanse that joins the north and south wings of the house as a track to practise their sprints. I think she was joking but then she might not have been. Running through this section would certainly be possible because there is nothing to impede your progress alongside the formal dining room, family room and open kitchen, continuing down to an indoor atrium around which you’ll find a TV lounge / library, 4 bedrooms, home office and gym.

The eastern border of the home has a long lap pool, with a jacuzzi at one end, as well as another large lounge and shuttered entertainment / informal dining area on the northern wing. The bar area  found on that end is spacious, inviting and quite unlike the traditional bar areas normally found in entertainer’s houses. It’s essentially a large marble rectangle with an illuminated glass top that everybody can sit around. There’s a drinks station at one end (kind of an annex L-shape), so the host is never isolated behind a barrier. I like this idea a lot.

Some other very cool features of the property include the skylights and open beam roof. Oh yes, there’s an incredible wine cellar and 8 car garage underneath the entertainment area.

I could certainly see myself living in a modern place like this, but I’d have to find the ultimate get super rich quick scheme. The asking price is a cool R48.5 million. Hat’s off to the owners and designers who have created this private wonderland in one of the most desirable addresses in the Durban area.

Here’s a link to the article in the NYT. 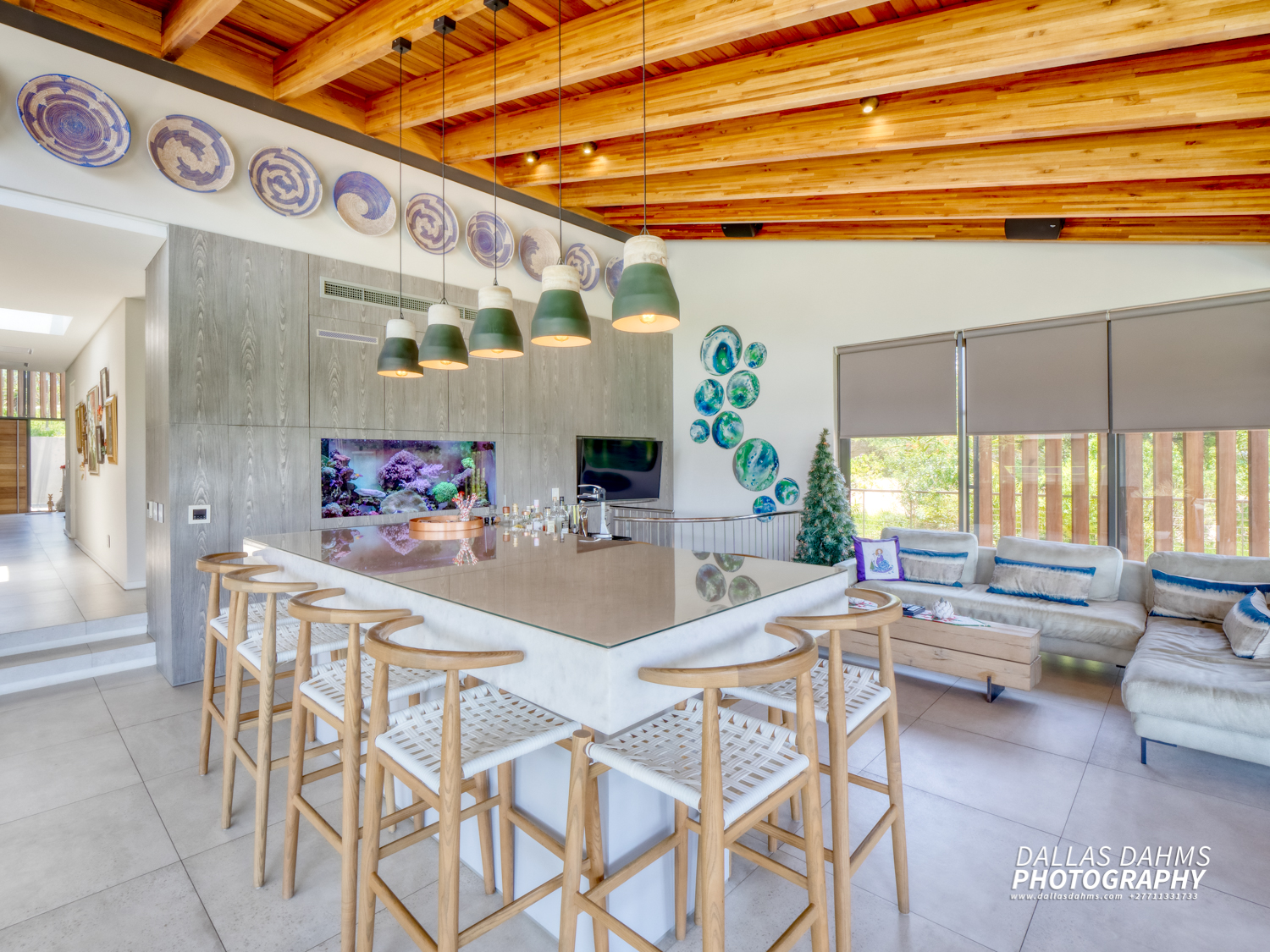 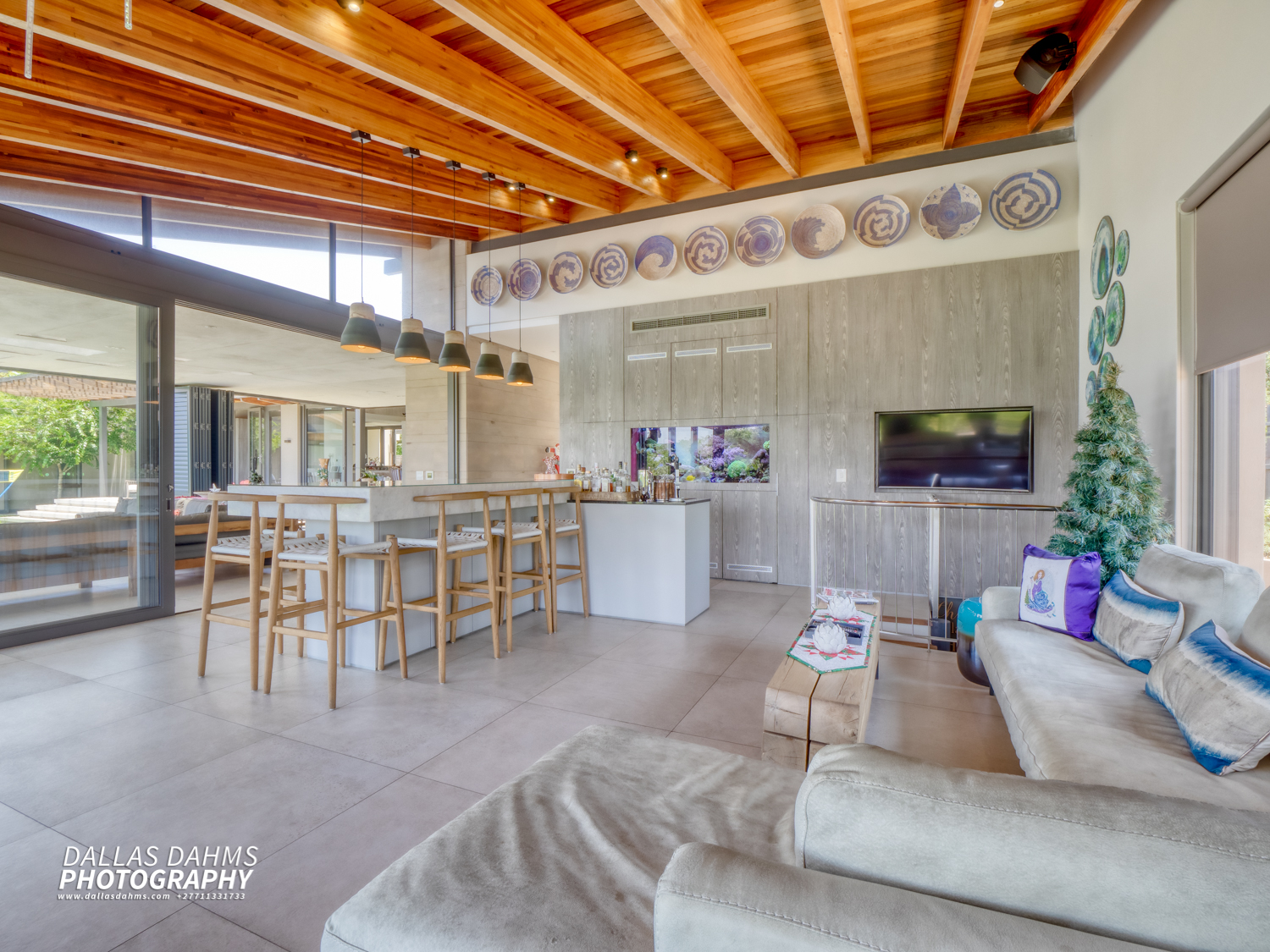 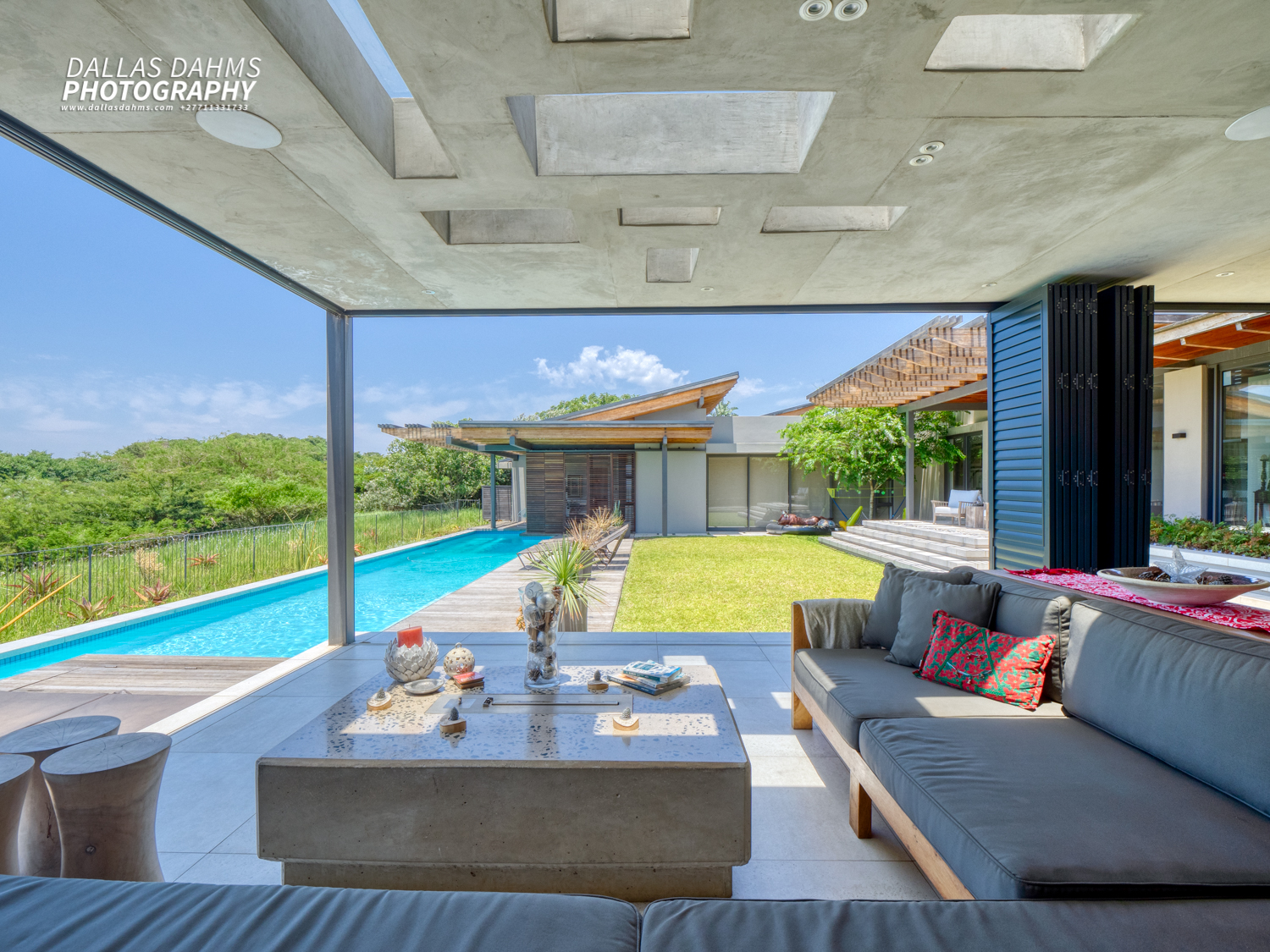 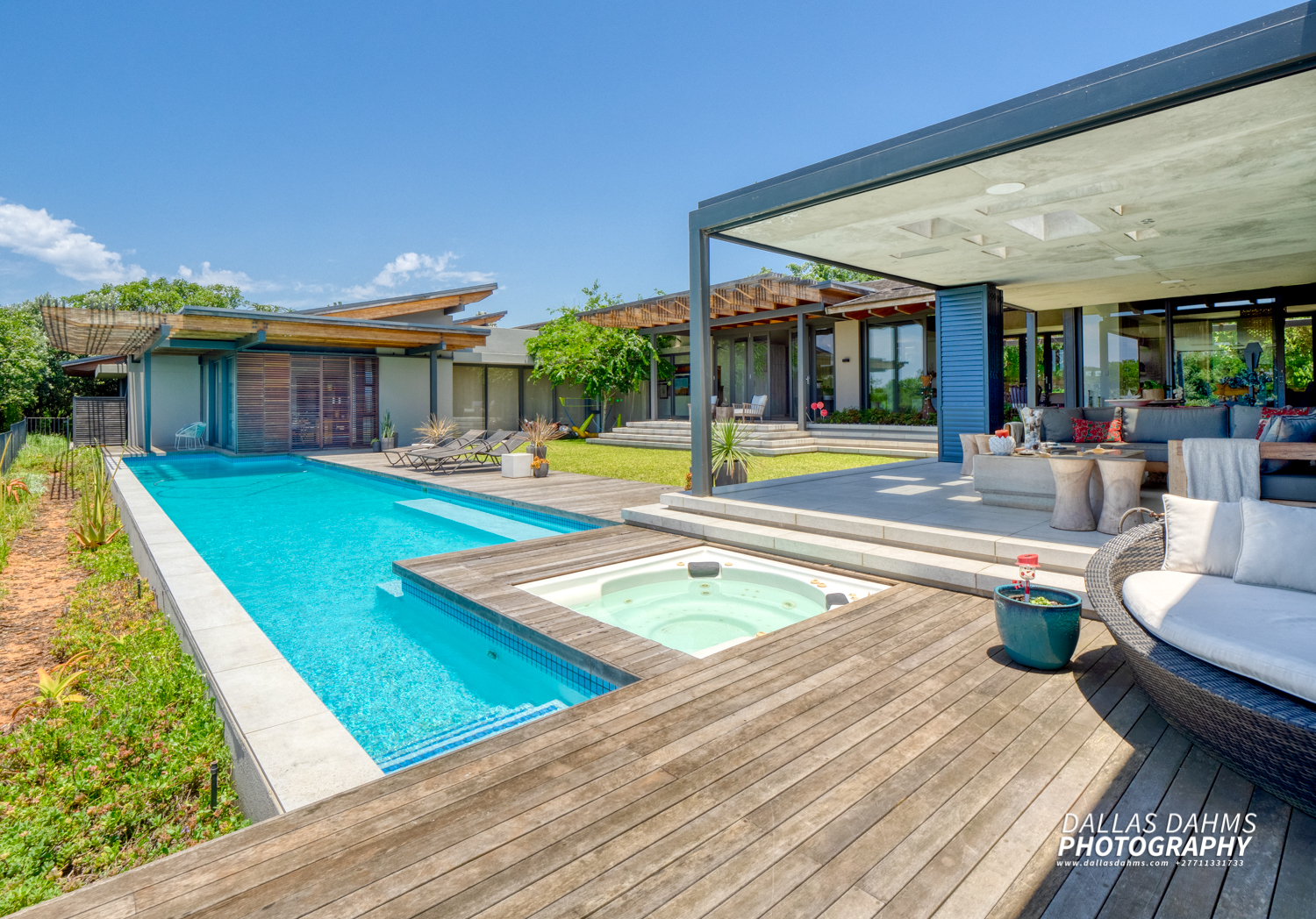 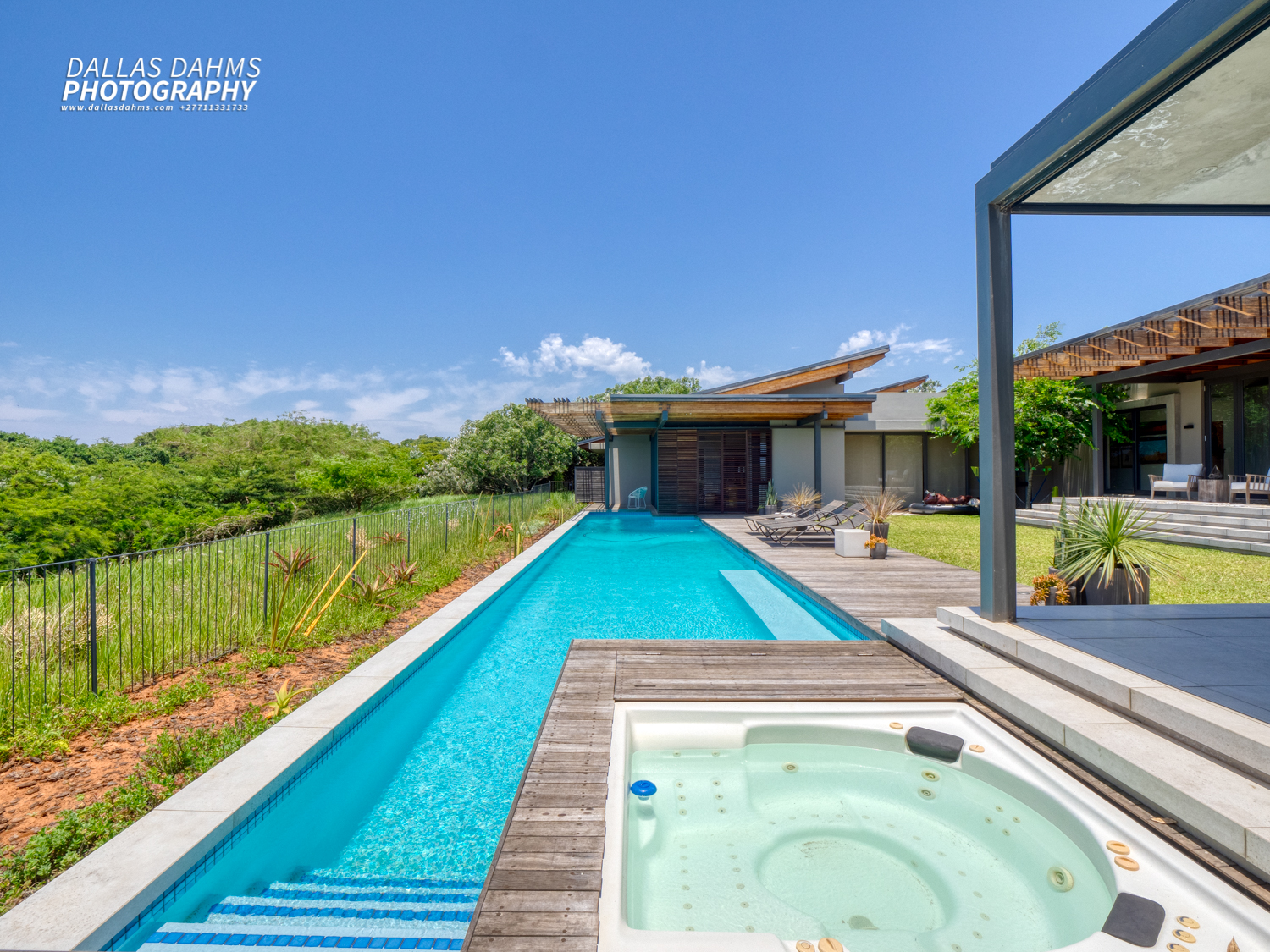 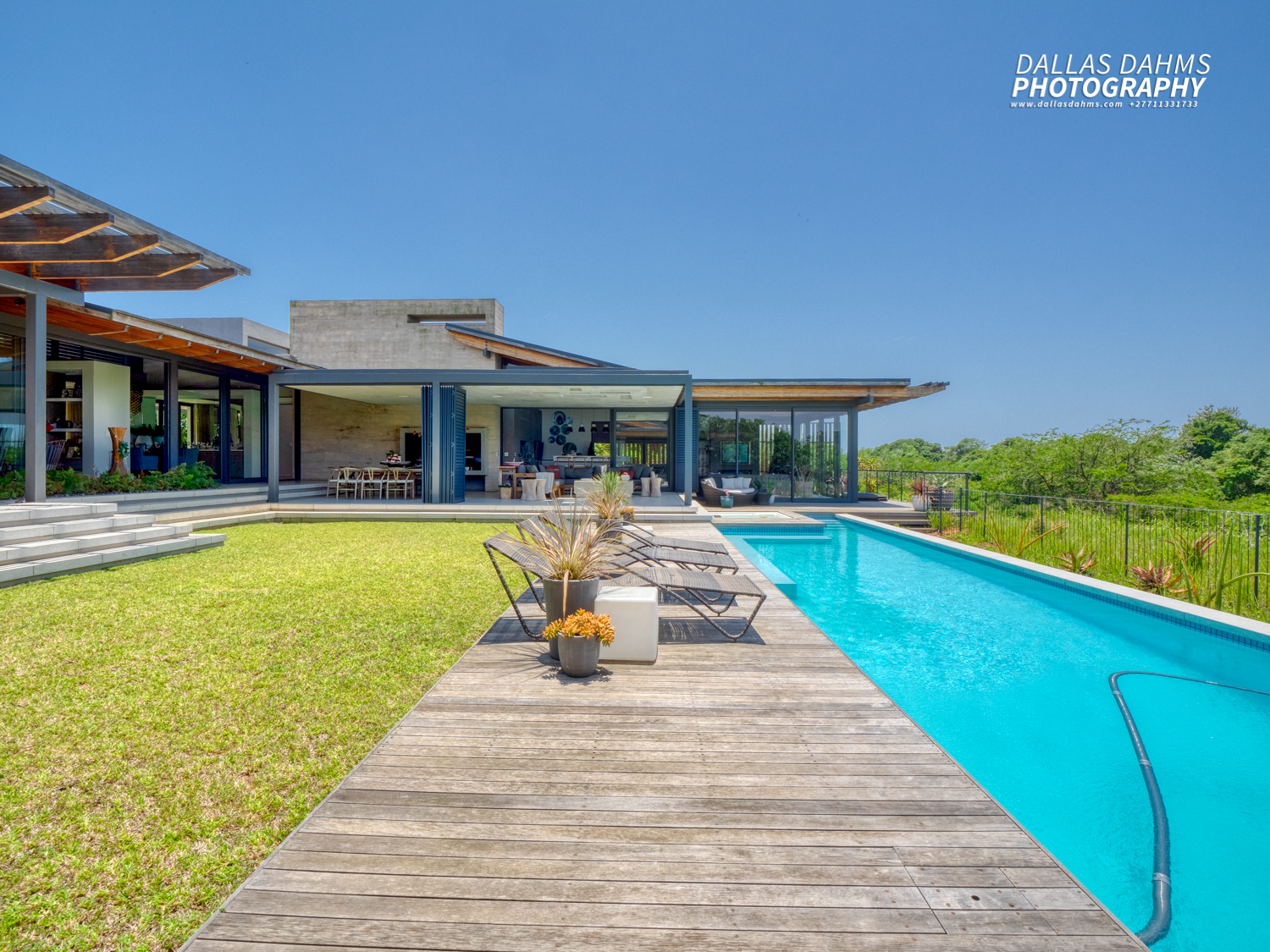 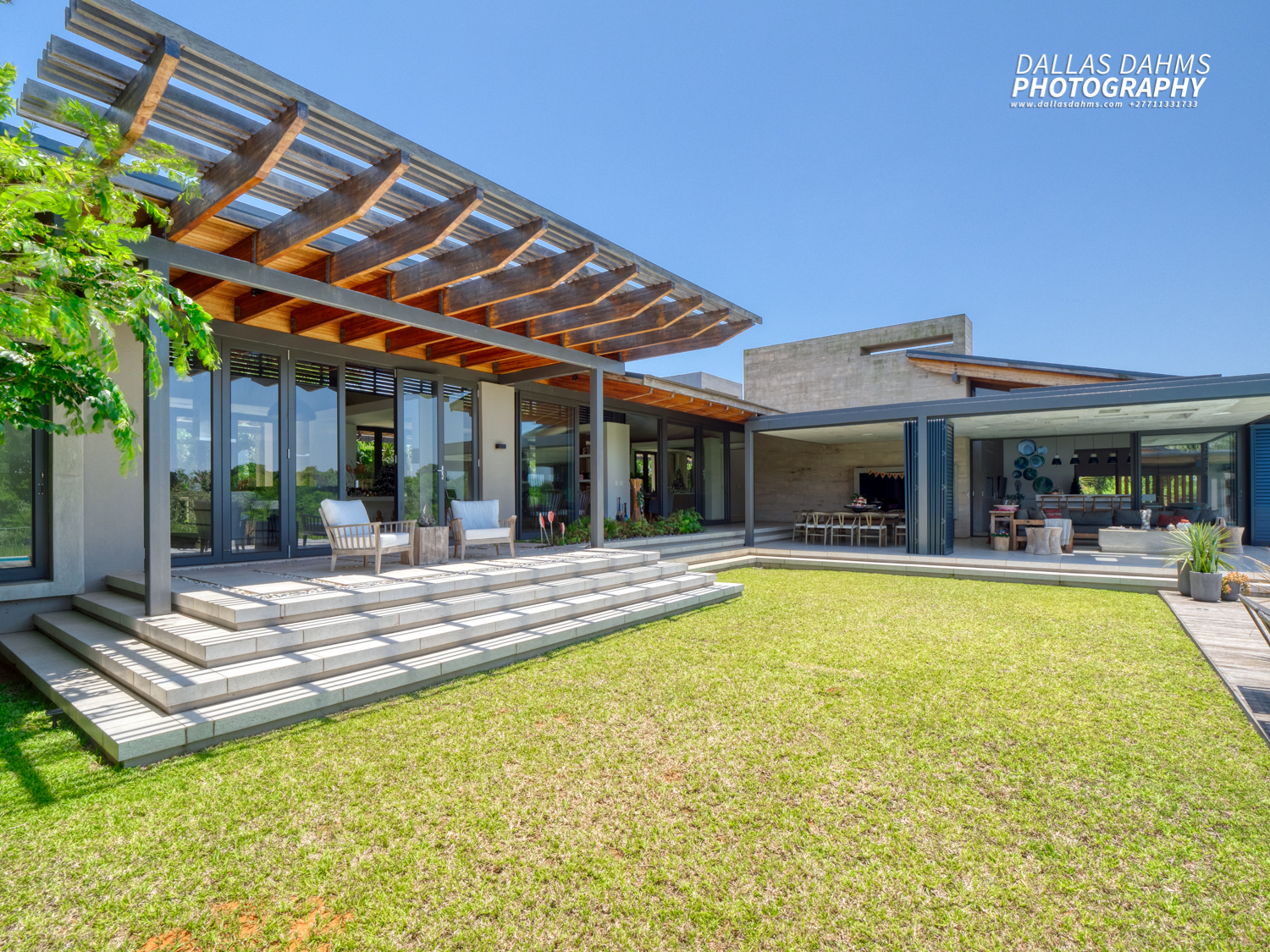 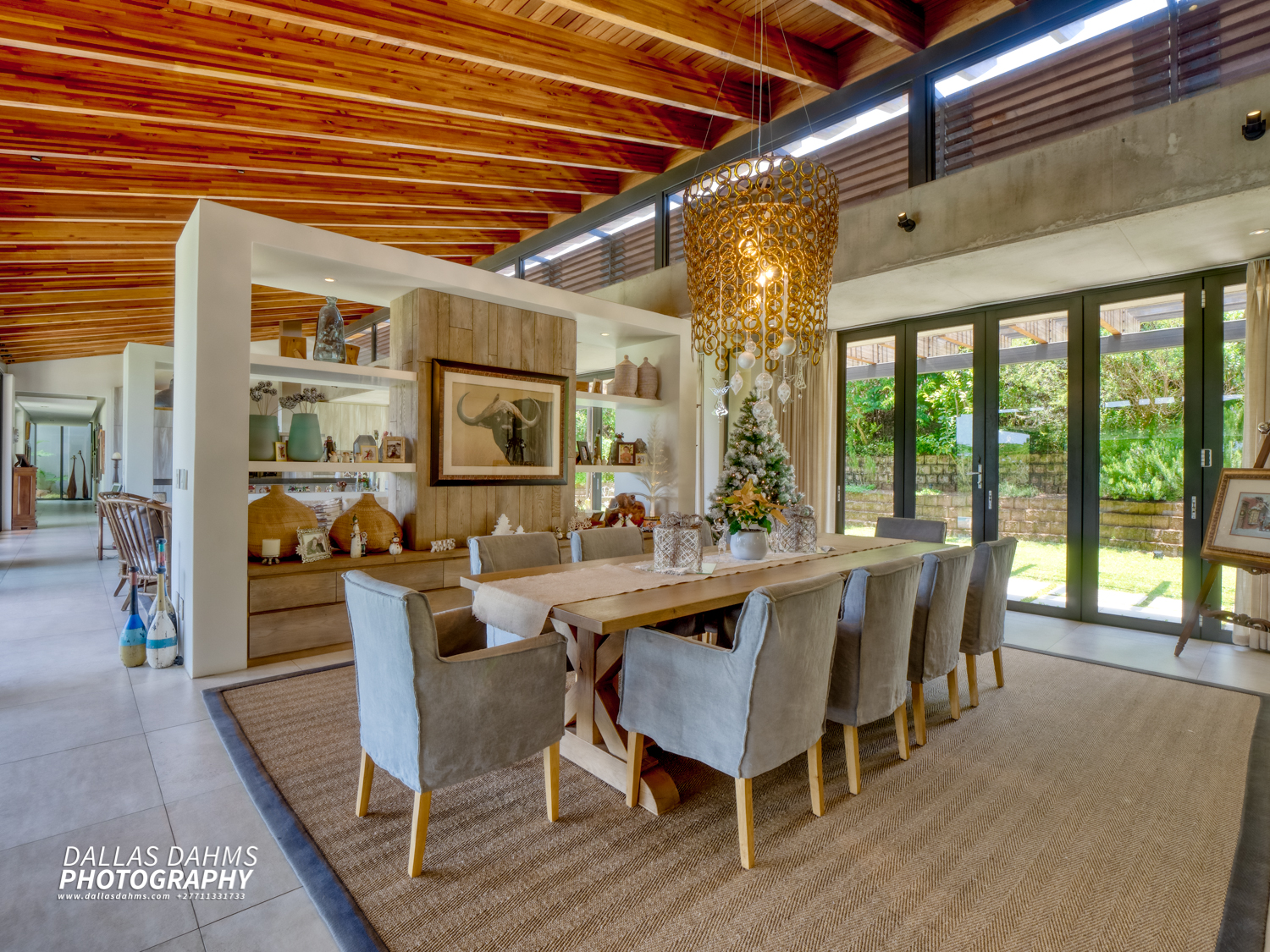 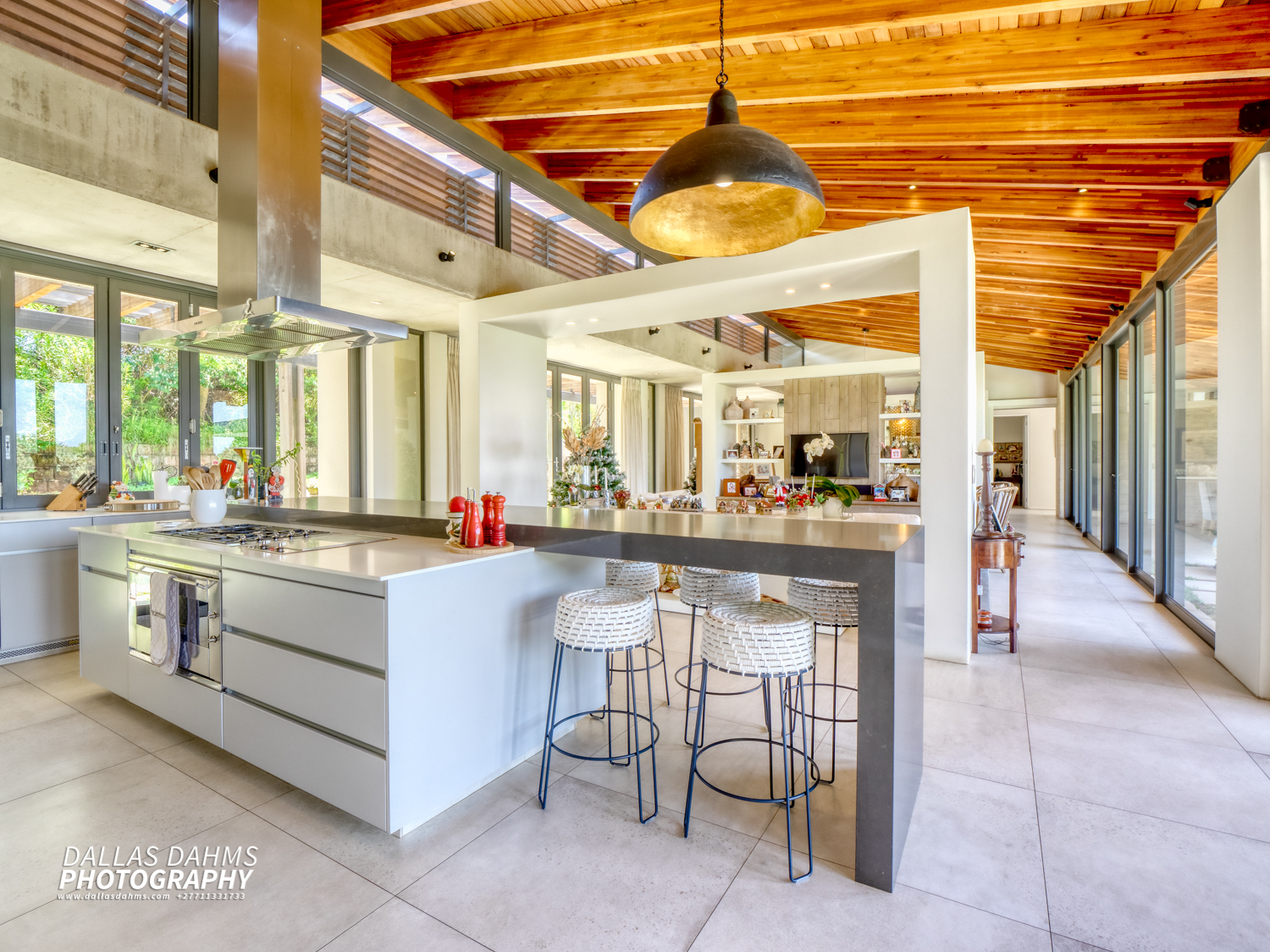 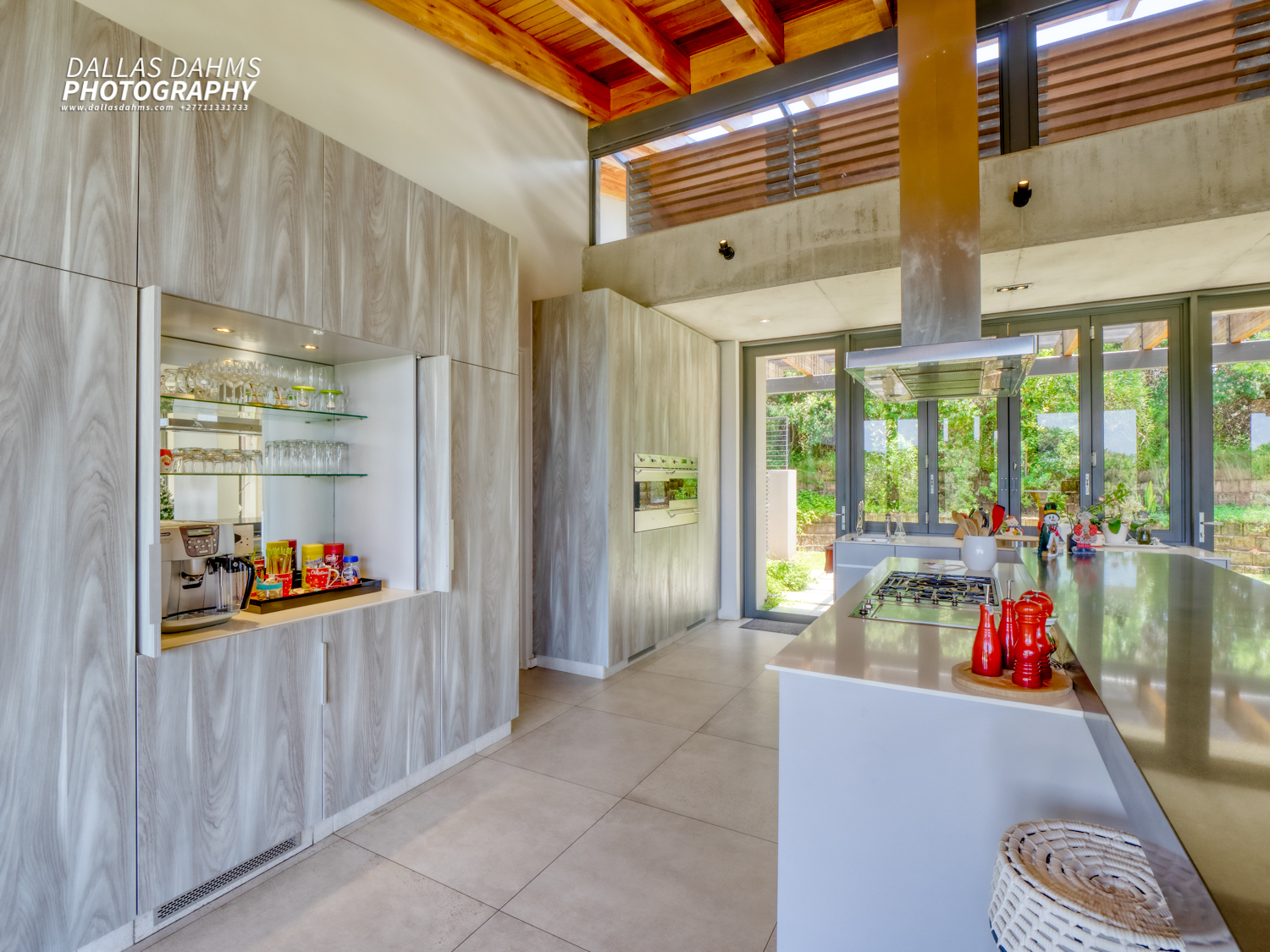 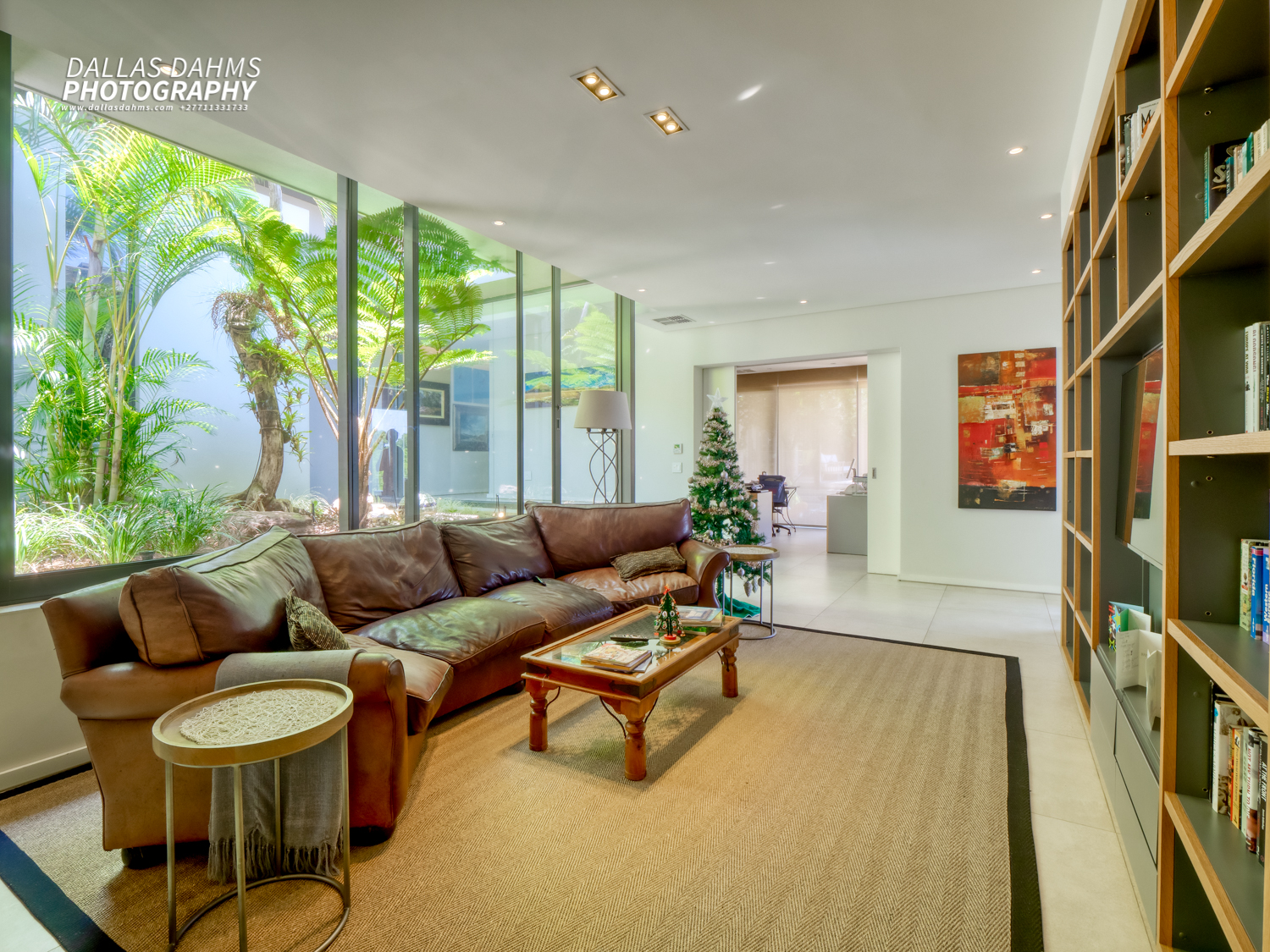 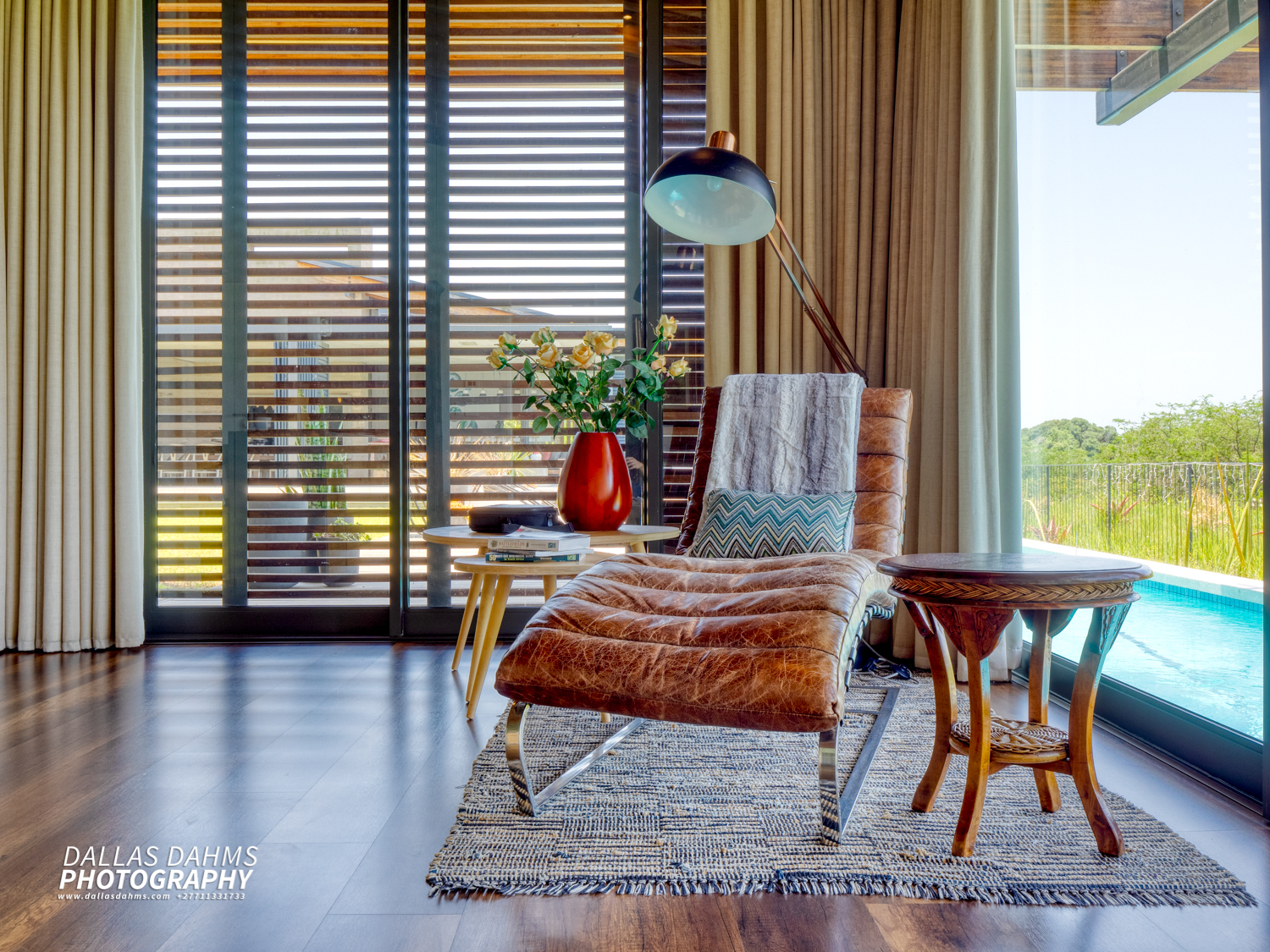 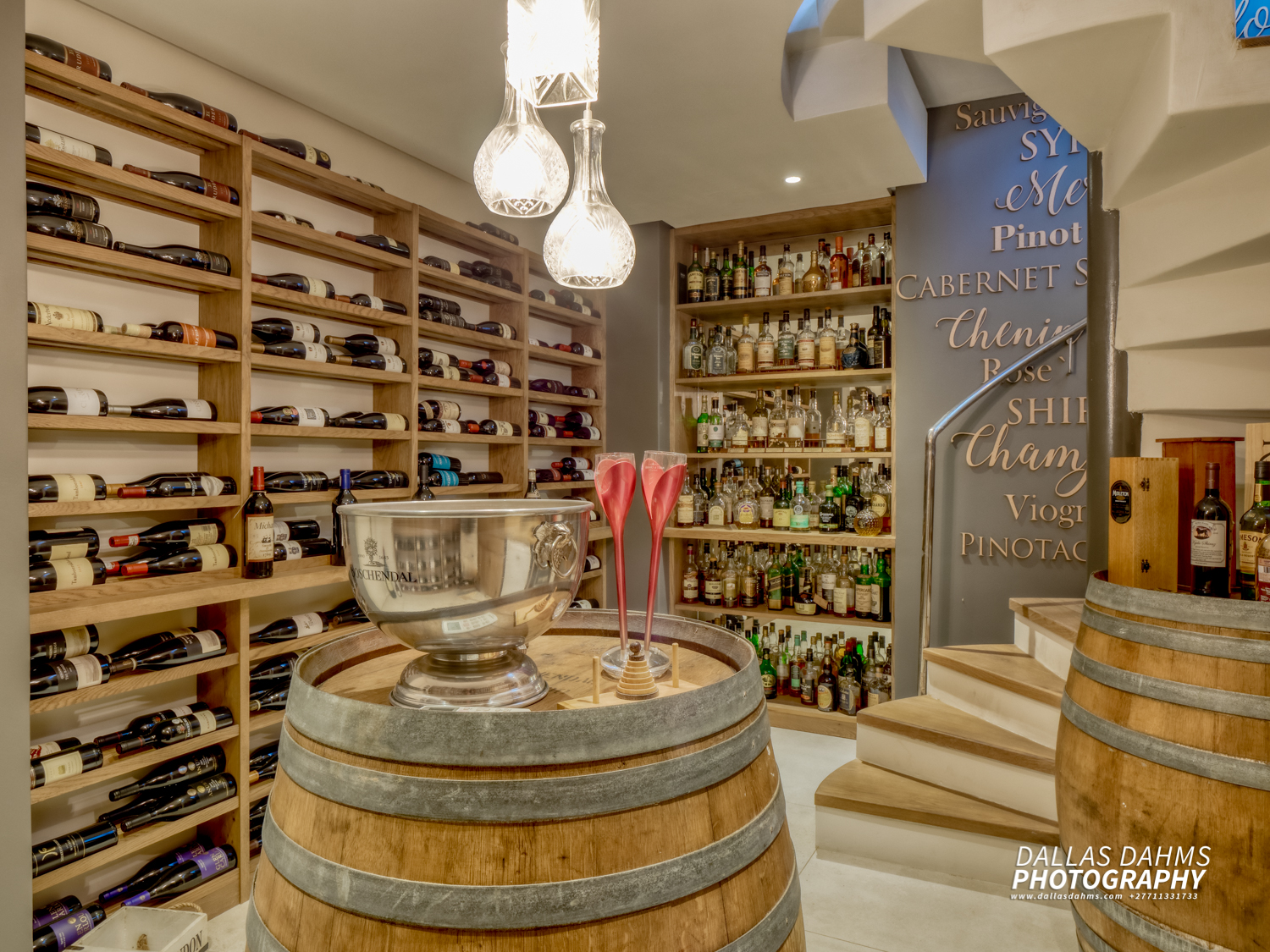 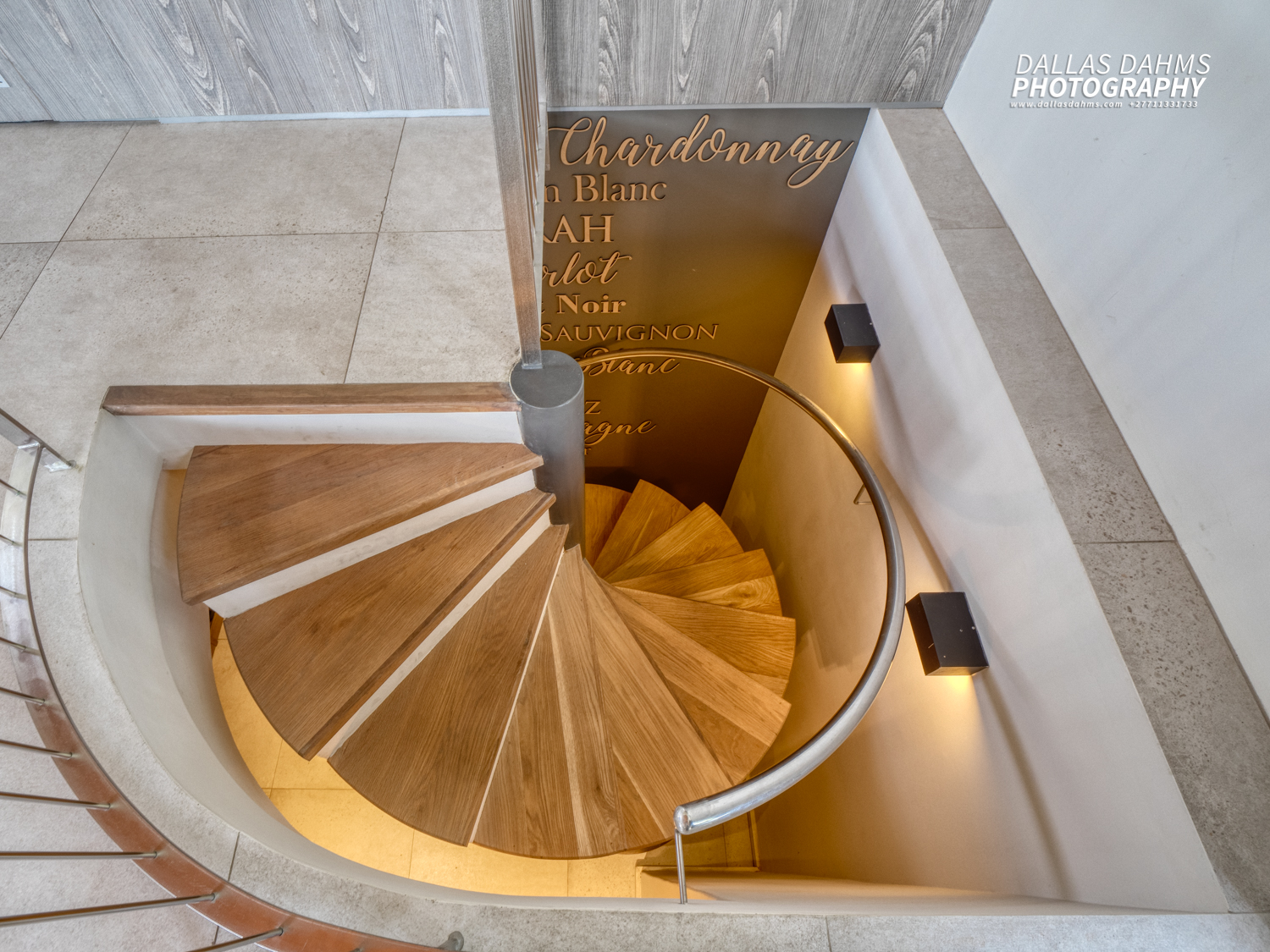 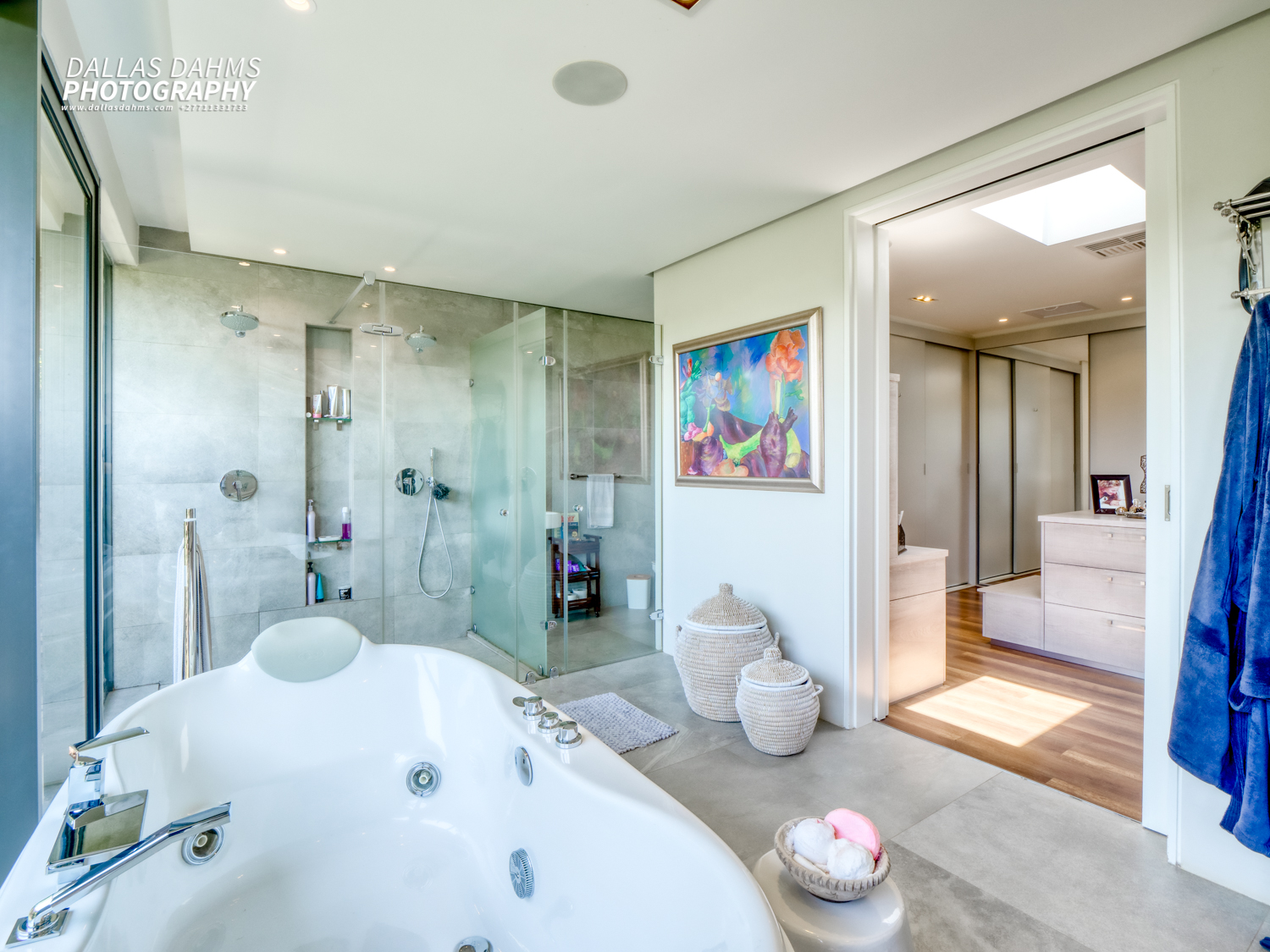