Dallas2018-04-19T13:58:07+02:0025th September 2012|Categories: Music|
[singlepic id=1631 w=320 h=240 float=left]For the longest time I’ve felt that living in Durban is kind of like living in a soda bottle where all the fizz has gone out. It’s become a cultural wasteland to me. I don’t listen to the radio anymore because what I hear played on stations like 5FM and ECR is, simply put, an assault to not only my aural senses, but my intelligence too. The net effect of this is that I hardly ever find a reason to go out anymore. Whenever there’s a live show on in Durban its always some or other tribute to old international stars who’s appeal is usually limited to decades old nostalgia exhibited by old school Durbanites, mostly found clinging to bottles of Old Brown Sherry and asking when the Gunston 500 is coming back. ECR’s recent audacious insult to us music lovers in the form of that ridiculous 80’s revival concert comes to mind. Rick Astley has musical relevance here? Seriously???

So what a joy it was to discover that The Barnyard Theatre at Gateway were hosting a Dan Patlansky show. Over the years I’ve seen Dan play live on several occasions at lesser venues in Durban, so I was pretty thrilled to go and see him at a proper theatre. I had no idea though, that the show I was about to see was an entirely acoustic affair. Dan Patlansky playing hollow bodies? Anyway, The show began at 8pm sharp and we were introduced to a young artist who I, in my self-imposed cultural exile of all things Durban, had never heard of before, namely Shannon Hope. She’s a tall, sultry looking young lass who’s short cropped dark hair and long fringe is vaguely reminiscent of one of those backing vocalist chicky’s from The Human League. As she sat down on her own in front of an electric piano I almost caught myself thinking, Oh God, please don’t let me be subjected to any more 80’s revival pop. But then she began to sing in a voice that I can only describe as intensely forlorn, yet at a pitch that almost instantly had the flesh on my arms raised in full goose-bump salute. Wow. What a talented musician she is! 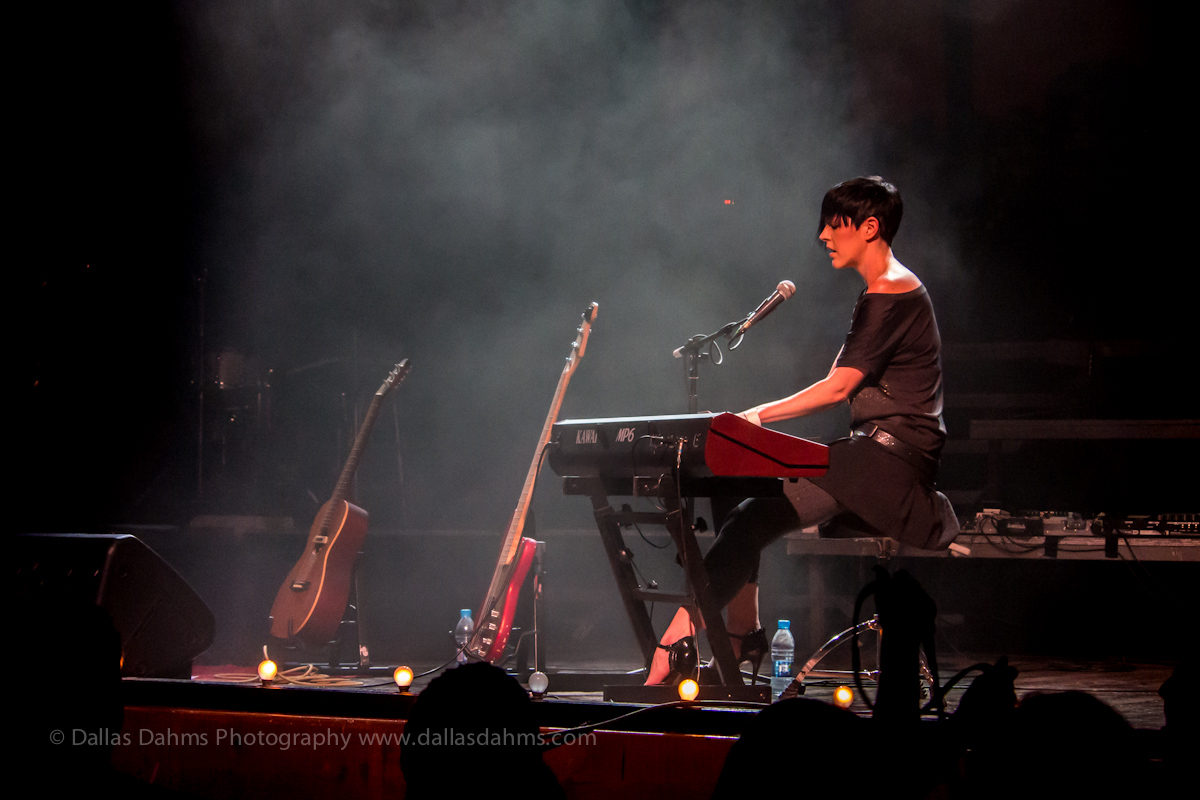 What struck me as significant about her performance was that she sang about 4 or 5 of her own songs and only included a cover of a song I had never actually heard before, simply because (in her own words) it spoke deeply to her. Her musical style is not easily comparable to many mainstream artists of the day. I sat there transfixed, but desperately running through my ageing mental index of known female artists to try and find somebody I could compare her to. I came up with nothing – she’s unique, and apparently proudly Durbanite. I hope to see her play again soon.

After Shannon’s set, a beanie endowed Dan Patlansky emerged without fanfare or ceremony to take a seat alone on centre stage, two acoustic 6 strings resting within easy reach. It didn’t take long for him to also bring out the goosebumps as he fully eliminated the paucity of my understanding of acoustic guitar playing. 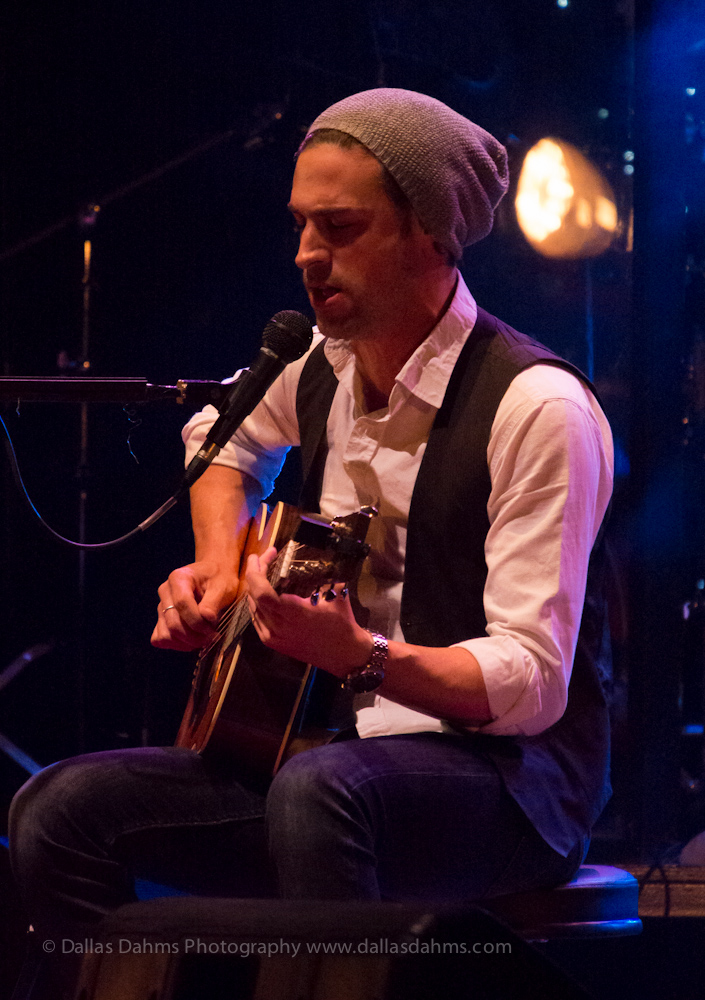 I first heard the name Dan Patlansky some 9 or 10 years ago when I, as a curiously evolving adult, bought myself an acoustic guitar from the then Musikland store at the Glenwood Village Mall. I was told by my guitar tutor (the late Syd Kitchen) that Dan was a guitar prodigy in the mould of Stevie Ray Vaughn, and that if I, as a blues loving sumbitch didn’t do anything else that year, I had to at least go and see him playing. The first show of his that I went to was at the Blues Train, back when it was still resident at the Wanderers Sports club over in Montclair. That was quite an ear-opener! Dan was very loud and very proficient, but like many musicians seeking affirmation from other musicians, in my view he tended to over-play the songs and in the process of playing ten thousand notes in the space of a single bar, kind of missed the simplistic essence of the blues.

I got to take some photos of Dan jamming when he played some numbers at the re-opening of Musikland when it moved shop (those images are somewhere on this site if you search for them), and then again a few years later at a show of his at the Catalina theatre. It was at the Catalina that I first saw him pick up an acoustic and simply transfix the audience with his insane ability. In those days he was playing with Smelly Fellows on bass and Andy Turrell on drums and by then he had not only become a survivor of Hurricane Katrina, but an even more accomplished singer and guitarist. Much, much more polished and relevant. 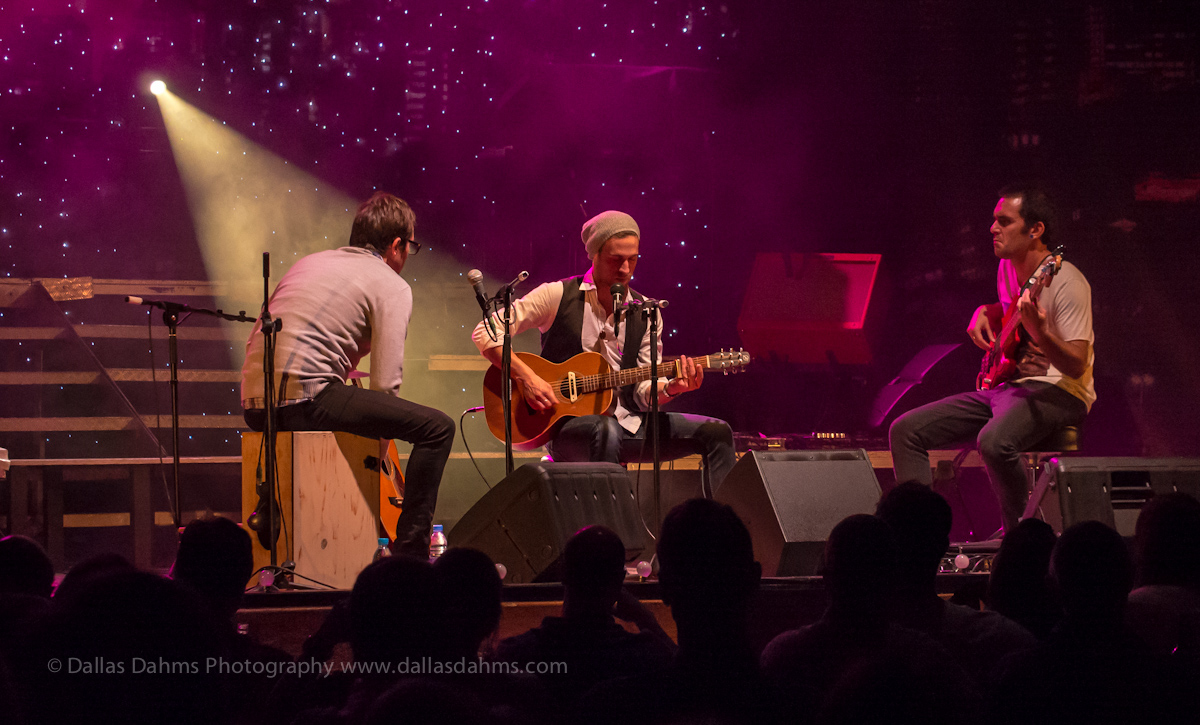 Monday night’s acoustic show revealed to Durbanites just how polished this dude has become. It’s actually not fair on any of us who mess around with guitars that one person can be so fully endowed with so much talent. Speaking for myself I would be happy with just a single percentage of his ability. That would probably elevate me to a level of competence seldom seen in many modern day bands.

The entire Barnyard theatre sat spellbound for nearly 2 hours as Dan and his rhythm partners led us through some well known blues standards, plus a number of his own pieces. We were also treated to some amusing anecdotal history of his life on the road as a travelling musician. I only wish we could have been seated closer so that I could have taken better images, because 90% of the images I took show Dan’s head obscured by the bassists headstock. I eventually moved over to the other side of the theatre for a song to try and get some unobscured shots (see above and below). 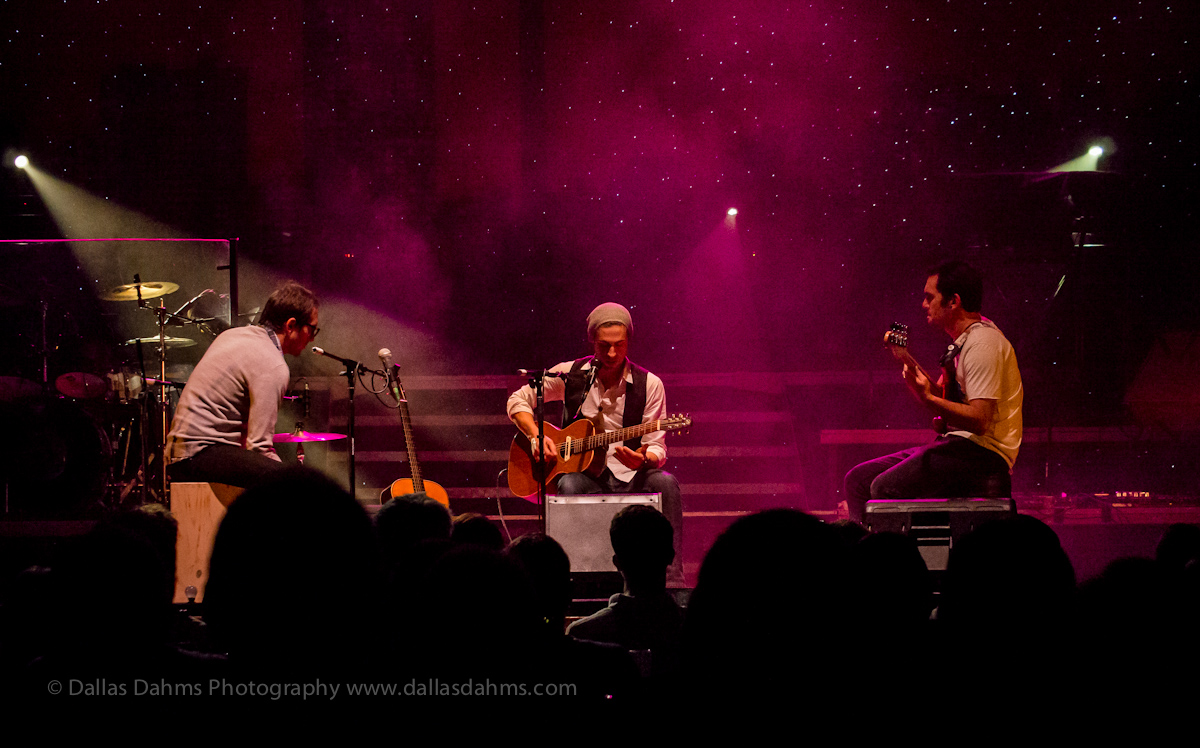 For me music is the core rhythm of mankind and I can state with absolute conviction that this show of Dan’s is undoubtedly the best thing I have experienced musically in Durban since… since long before the Gunston 500 folded up its last orange clad scaffolding tower on North Beach. Unfortunately there was only this one show at the Barnyard, but I am hoping that there will be others in the future, and that Dan also gives serious consideration to recording an album of this outstanding acoustic work.

Bravo to the Barnyard for hosting this show and to Dan Patlansky and Shannon Hope, I do hope you can return again soon. Durban needs more of this life support.